I thought I’d have that as this post’s intro as it’s all I’ve been listening to all morning from Lily, oh how I miss being a 4 year old and how magical and exciting Christmas was!

So in this reminiscing mood, I thought I’d share some childhood Christmas memories and a handful of photos that I’ve managed to root out. Some of them are so funny to look back on, they bring back so many memories!

Two presents that still stick out in my memory as some of the best present I’ve ever gotten as a child was Snow White on tape, remember the days where we had those? This was the year my brother Karl got christened as I got this dress to wear to the christening, and back then in my head, it was like Snow White’s dress, so I watched that tape and danced around in that dress for hours on end! I was (still am) obsessed with Disney so getting a Little Mermaid doll and her hair changed colour in water and was just the best thing ever! I went through a phase of being obsessed with Pokemon, and I got the cutest big teddy of Pikachu, and it was my favourite thing, it did the cute little noises like in the show! Of course I have to mention Baby Born, I mean, who didn’t have one of those? And the cutest little bed for her, one of the ones that had the curtain going around it, which was my dream bed as a kid! Of course it wouldn’t be a childhood post if I didn’t mention a toy kitchen would it?  the cooker made noises and lit up, and the tap worked, so as a child, that was the coolest thing ever! The last one I can remember being so so excited  my first ever concert tickets, which was The Pussycat Dolls and Rihanna as their support act.

The two worst presents I’ve ever gotten as a child that are still stuck in my memory, are a Furby, who I can’t even tell you how terrified I was of it, put this way, it got  it in the microwave, and demanded that I would never see it again. They were so creepy! The other present that I absolutely hated, were roller skates and those wheels things that clipped onto the heel of your shoes and when you skated on them they lit up. I could never get the hang of them even though I could cycle bikes, I would always fall flat on my ass using these, so I ended up just never using them again, ha!

Here in Ireland, it’s very rare that we get proper snow, so here’s a snap from when I was 3 or 4, when we had a decent amount of snow. That outfit though… to be fair it was probably so cosy.

I love this photo so much, this is me and my uncle when I was 2 at my Nan’s house. I loved visiting my Nan at Christmas because her house was always like Santa’s grotto and her Christmas tree was always so sentimental and old school in the sense that her baubles on the tree were a mish mash of everything and each one had a meaning behind it and the fairy lights were multi coloured and lots of tinsel, and still to this day, always takes me right back to my childhood! 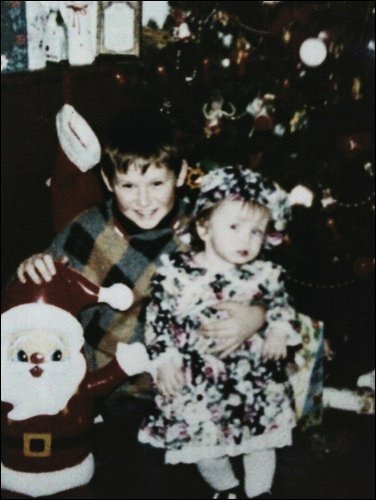 This is me and my mum the same Christmas, I’ll always remember these 2 outfits, I absolutely loved them! She has such good dress sense, even know I still won’t wear or buy an outfit without her approval! 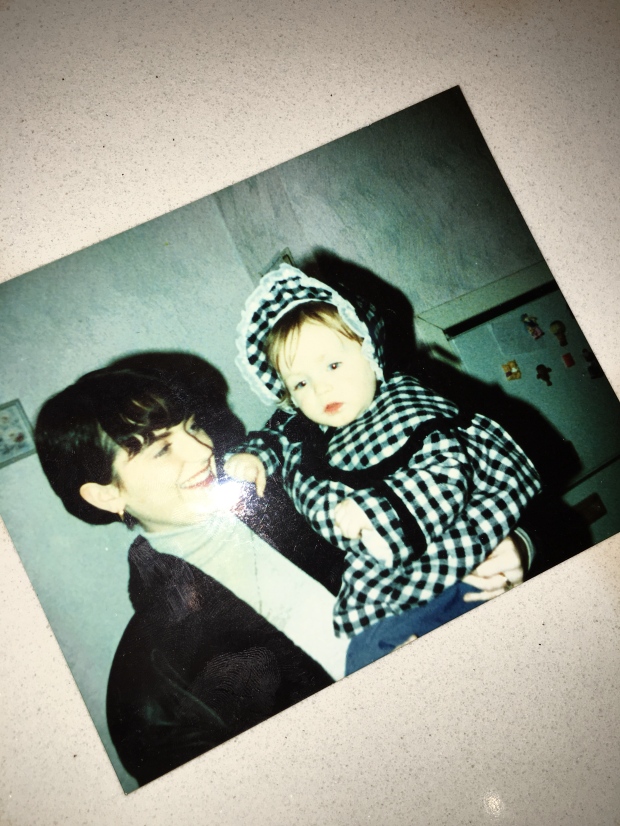 This is back in the pre-school days so I was 3/4 meeting santa at pre-school. This was the first year that I would actually even look at him, and as you can see, I was obviously an eager beaver being the first one going up to him while everyone else was sat down. Ha! 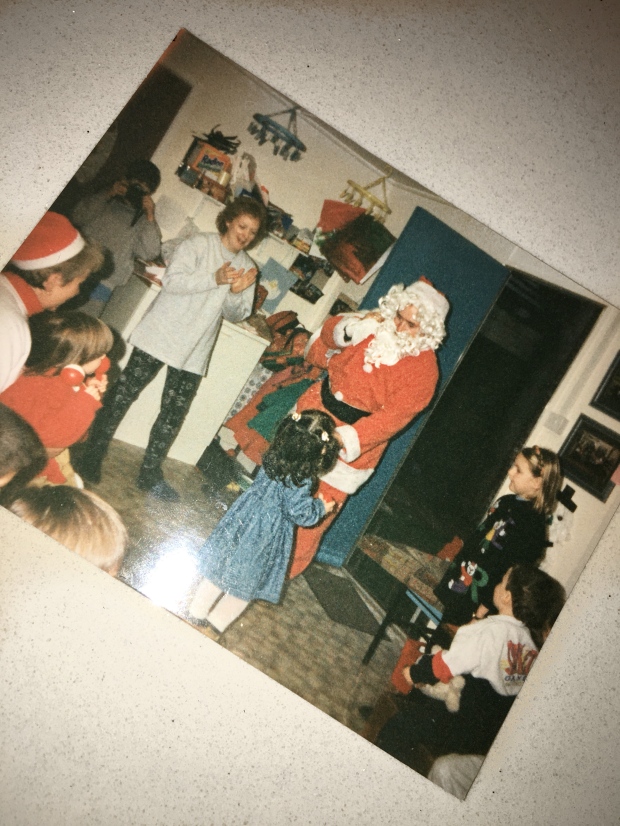 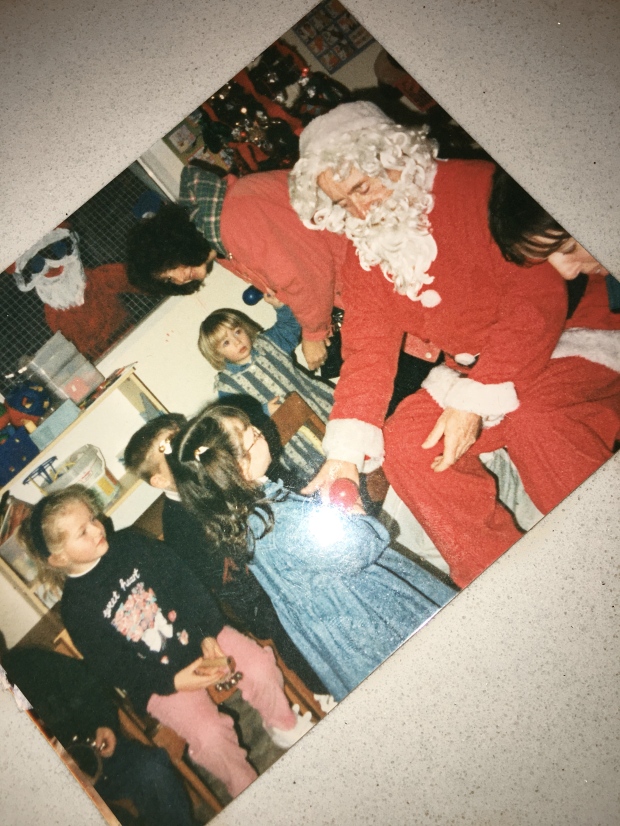 I’m so embarrassed about this one but I’m including it to show just how much I’ve changed. I was probably 8 in this, and I had to wear glasses as a kid, so it’s crazy to see how different I look now. Fun fact, I had that fringe for pretty much most of my childhood, I loved it, and that was the only part of my hair I would let anyone cut, I was obsessed with having long hair. 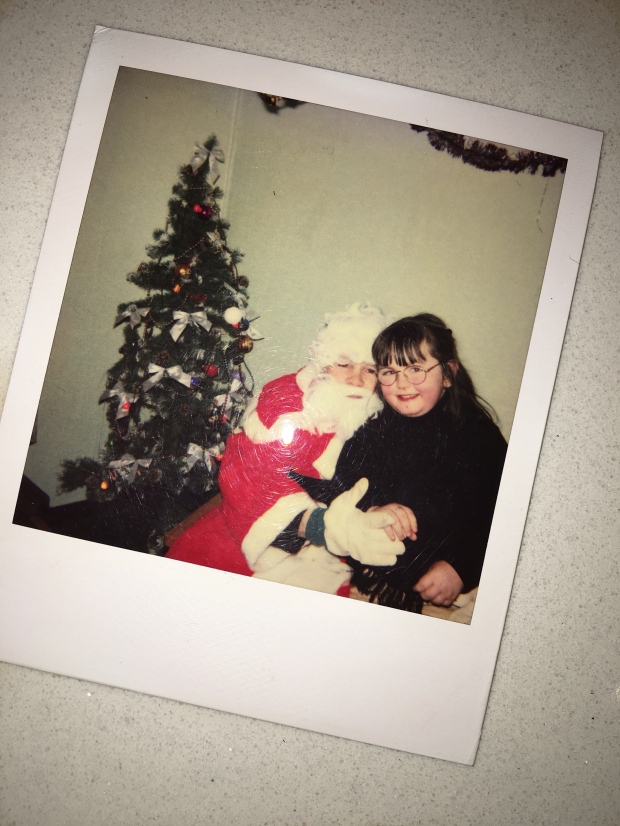 This was such a lovely post to write looking back on all of these memories. I hope you enjoyed reading it as much as I loved putting it together. What I’d give to be a child again, especially at Christmas time!